↓
The Fans of Hockey→Tags Brazil 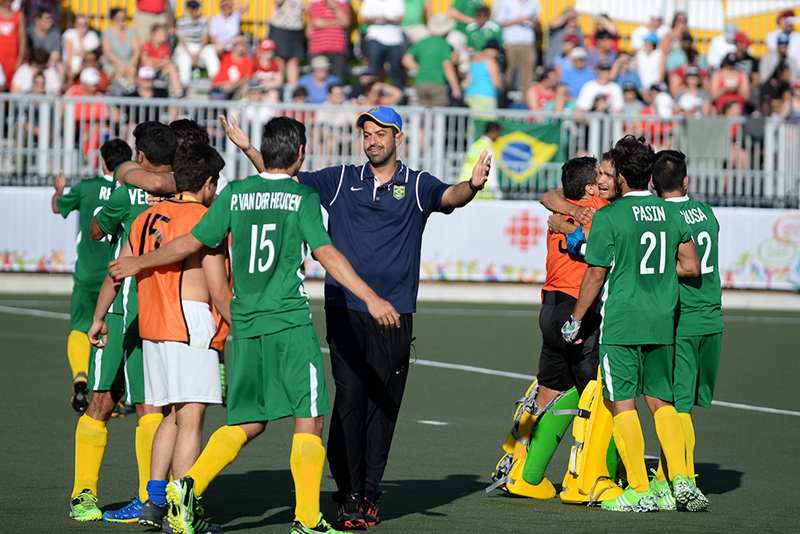 Parnham, Wold and Witmer made their debut with Team USA today against Brazil

RIO DE JANEIRO, BRAZIL – March 4, 2013 – Craig Parnham, making his debut, coached the U.S. Women’s Field Hockey Team to a 6-0 victory over host Brazil on day one of competition of the FIH World League Round 2 tournament in Rio de Janeiro, Brazil. The six team, round robin tournament will run through Sunday, March 10 with the top two teams automatically advancing to World League Round 3.

“We had a pretty solid performance today,” said Parnham. “It was important for us to get a good result and the victory today was certainly what we wanted. It was difficult conditions even with the early (9:00 a.m.) start. In the first half we were just finding our way and getting familiar with the new systems. The second half was much more encouraging and I thought we did a great job and really started to play some nice stuff. Patience we used in the first half paid off in the second and to start the tournament with three points is a good result.” END_OF_DOCUMENT_TOKEN_TO_BE_REPLACED END_OF_DOCUMENT_TOKEN_TO_BE_REPLACED